Wall attachment and the "gap" issue

I'm running a simulation case where water is poured on boxes which are standing on perforated racks (see figure). There are three racks, but only two have boxes. I have some questions. 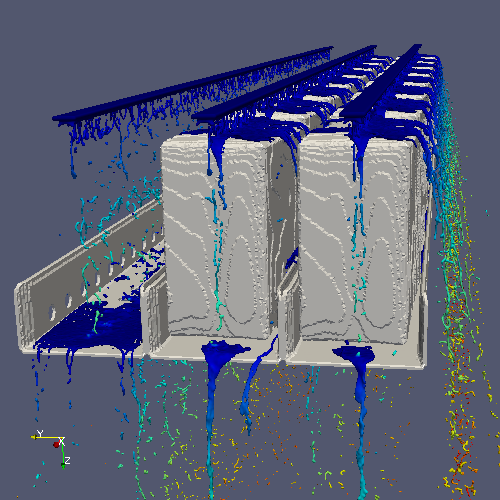 2) As explained in the wiki, "the forces exerted by boundary particles create a small gap between them and the fluid particles (1.5 times h)." This effect is clearly visible when looking at the amount of water pouring through the holes at the bottom of each rack. Because the holes are small, most of the hole area is "blocked" due to the gap issue. I suspect that this results in the simulation underpredicting the flow through the holes. Is there a way to ensure correct flow through narrow gaps and apertures? Decreasing dp does not solve the problem as the effect is significant even at the smallest dp allowed by the simulation. 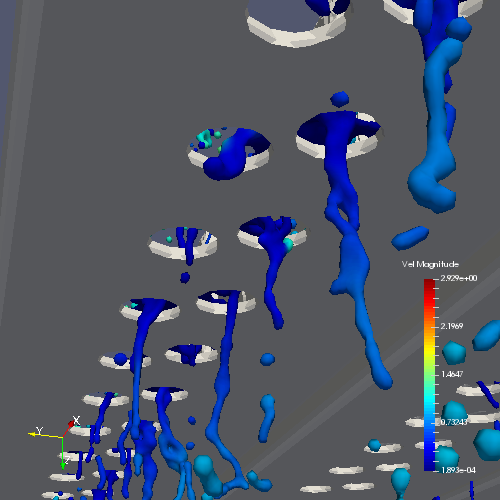 3) The rack is an stl file. It is included as follows:

It seems that Dual SPHysics requires the stl file to be in the same directory as the xml file with the case definition. I want to store it elsewhere, but if I try using a relative or absolute path, GENCASE crashes. The following would achieve what I want, but it does not work:

Is there a way to get GENCASE to accept relative and/or absolute paths as shown above? I'm running on Linux.