Hello, I wrote a few weeks ago but I think I wasn't able to properly explain my problem.

I apologize, I'll try to explain it better.

I have been using DualSPHysics for a month and when simulating bodies entering a fluid I get an error with the densities: bodies with greater density than the fluid float.

*There are walls on every side except above 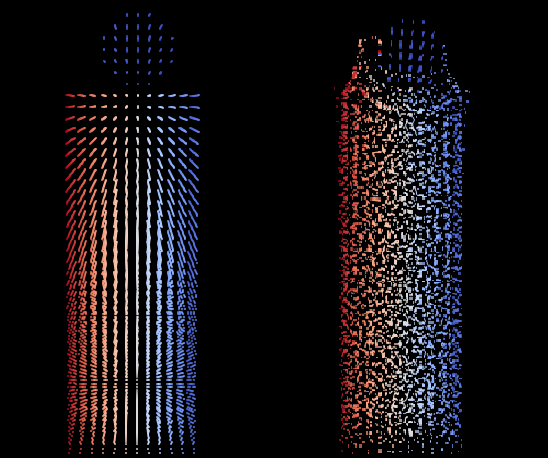 I decreased the distance between particles, the process was better seen but it kept floating.

I increased the density, passing 2000 it sinks.

All parameters and constants are the ones used by the designsphysics model for water. Artificial viscosity with alfa 0.01, SPH and none density diffusion term:

I also tried other geometries such as cylinders and I get the same result: after the density of 2200 it sinks.

a) I would like to know why this is happening. Why do bodies with densities greater than the fluid float?

b) What is the influence of dp on buoyancy? Empty spaces influence the calculation of density?

Thank you for your time