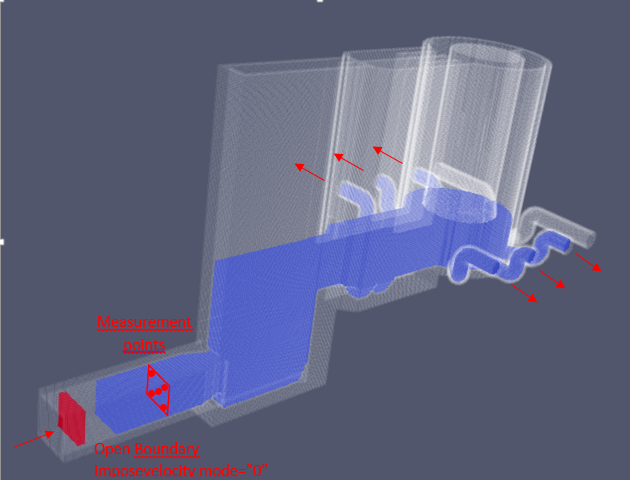 The model has a single entry, defined as a boundary condition with imposed and fixed velocity (imposevelocity mode=”0”)

My problem is that inlet velocity, and therefore the flow, does not remain constant throughout the simulation but decreases

Below is the velocity as a function of time at several points of a cross section of the inlet pipe, sufficiently far from the boundary condition 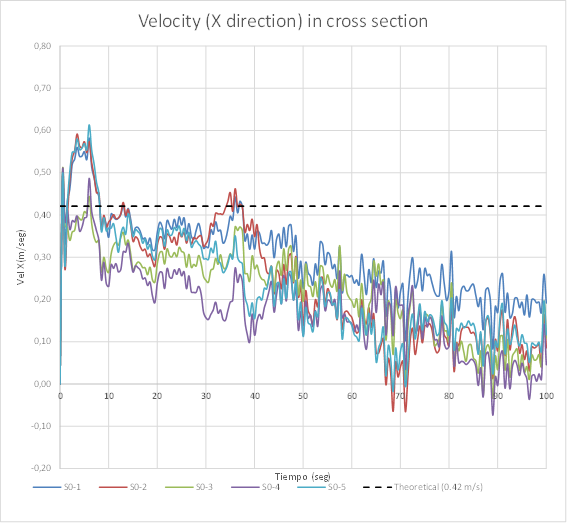 Unlike the solved examples of the library, in this case the boundary condition is completely submerged and the water level in the chamber is higher.

How can I solve this unwanted variation in the inlet velocity, which should be fixed?

I attach files so you can check