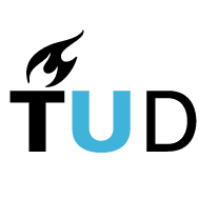 This post is companion to https://forums.dual.sphysics.org/discussion/comment/3228/#Comment_3228, which regards conservation of angular momentum for rigid objects.

Here, a cube of 1m edge length, with centre of mass placed at the origin of the reference frame, has an initial velocity (20,0,0) m/s. I have run a simulation for the motion of this object without fluid and gravity. For the time marching I have given a conventional sound speed of 10 m/s and let DualSPHysics go. So the expectation is that the object maintains this velocity indefinitely because of conservation of linear momentum in the absence of external forcing.

The table below is the output of FloatingInfo for the object in point. Some columns have been hidden.

Column I shows that at the time of the first output (0.01 s) the centre of mass has moved forward by ~20 cm. However, the displacement in the x-direction given by the surge in column L amounts to just ~6 cm, as though the object had travelled at 5.7 m/s (column R, my addition). This should be an inconsistency because of the object being rigid. This situation is highlighted in orange.

After that the object velocity and the surge speed are both 20 m/s. The row marked in yellow shows that after 0.05 seconds the centre of mass is at position ~1 m, while the surge displacement is 0.86 m. However, this mismatch is not just a presentational issue since the snapshot of the particle position shows that the whole object (including the centre of mass) has moved forward by the surge displacement 0.86 m rather than the expected 1 m. 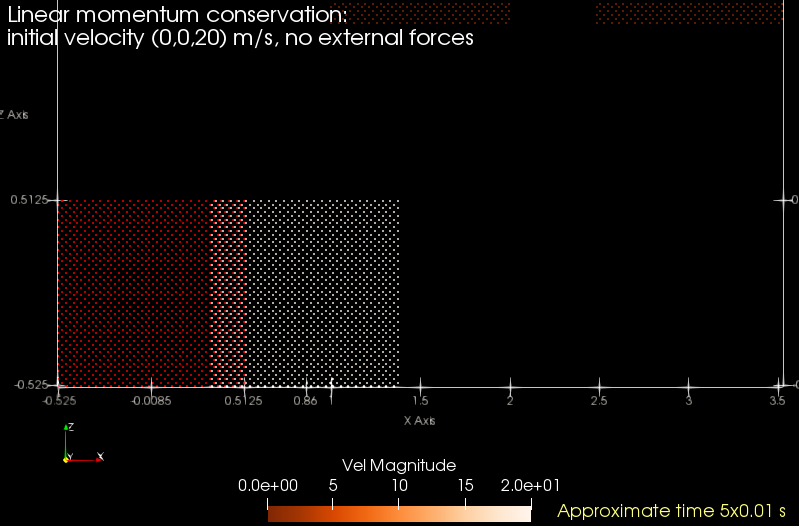 I am glad to provide the input and output files, but please note that the files and procedure are pretty much the same as those attached in the companion post https://forums.dual.sphysics.org/discussion/comment/3228/#Comment_3228

I am afraid to have made trivial mistakes or that there could be something wrong with time marching of rigid bodies dynamics. Suggestions and/or patches, whichever applies, welcome. Thanks in advance for any feedback.