After experiments in a flume channel we tried to build a similar model in DSPH. The water levels in DSPH are about 1.5-1.8x above the those measured by ultrasonic probes in the same positions.

Here is an image to help get an idea of what we are trying to simulate. The DSPH model replicates the section of the dike breach area including the 10 cm high weir behind which the water leaves the model. 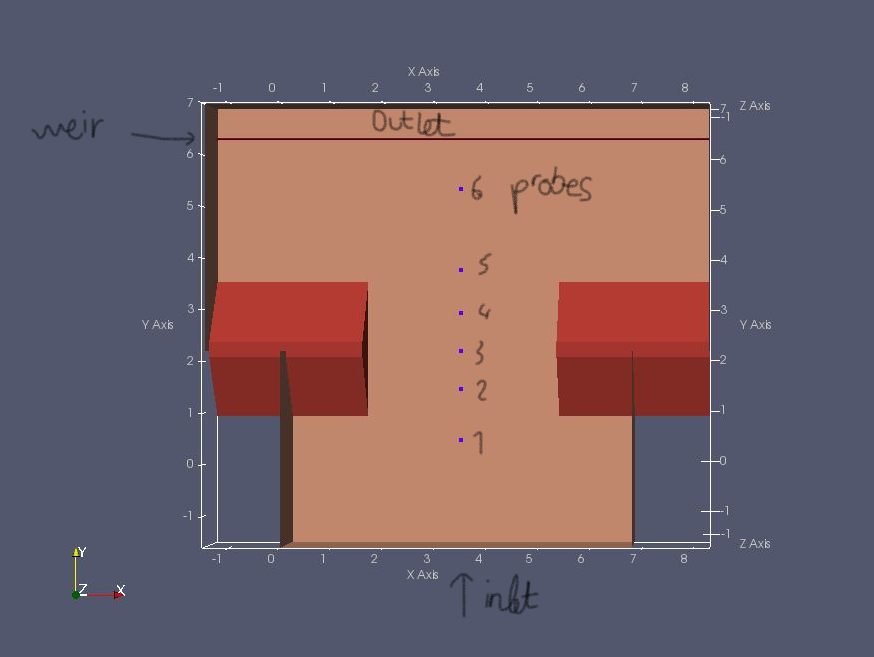 Average water levels in DSPH were calculated after the results of the measure tool became stationary (depending on the flow usually after 40-70 seconds). The water flows orthogonally to the dike at a very low approach velocity. We varied the velocity at the inlet in DSPH and v=0.05 m/s (the lowest we tried) yielded the lowest/closest water levels. 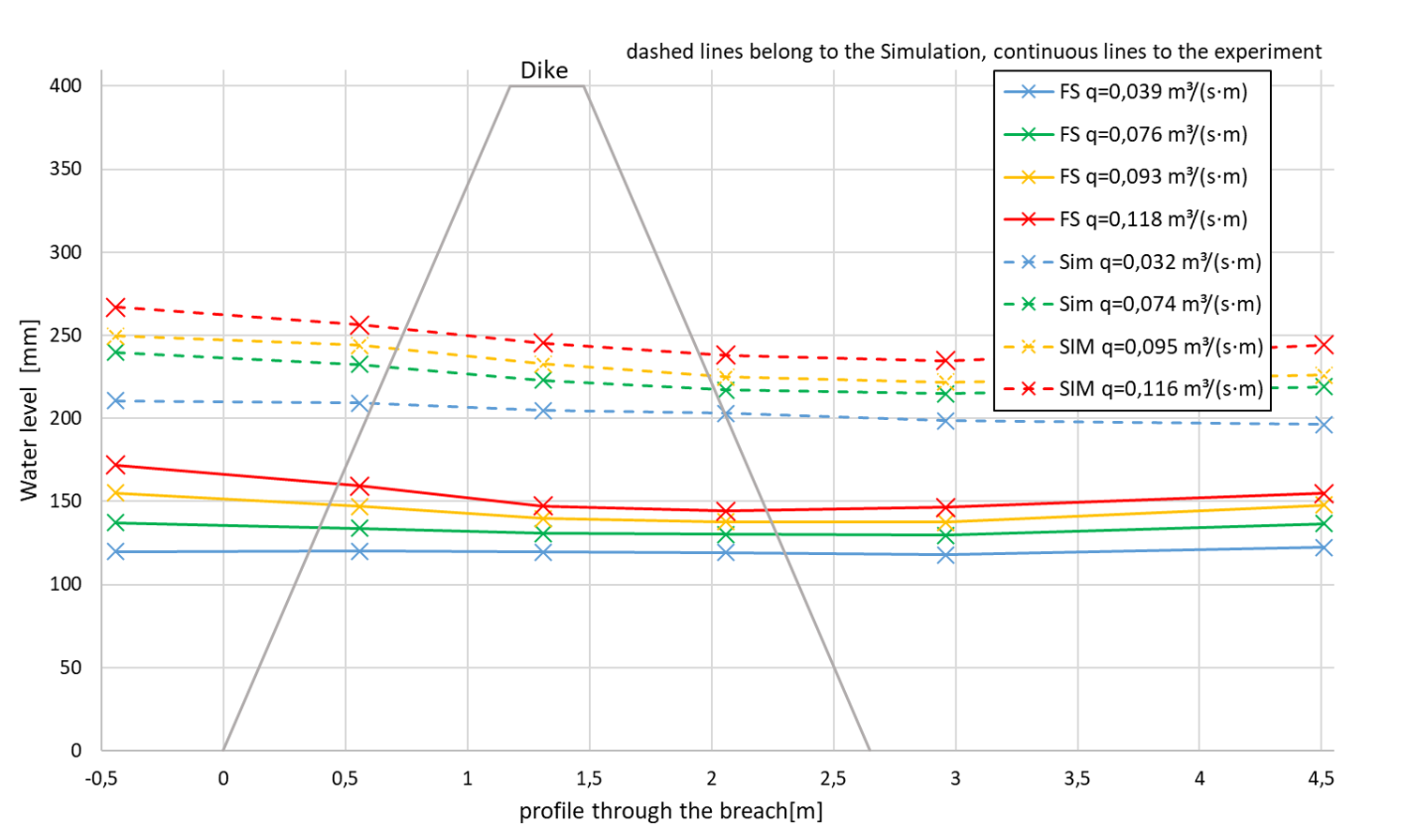 We also tried (but the difference it made was slight) 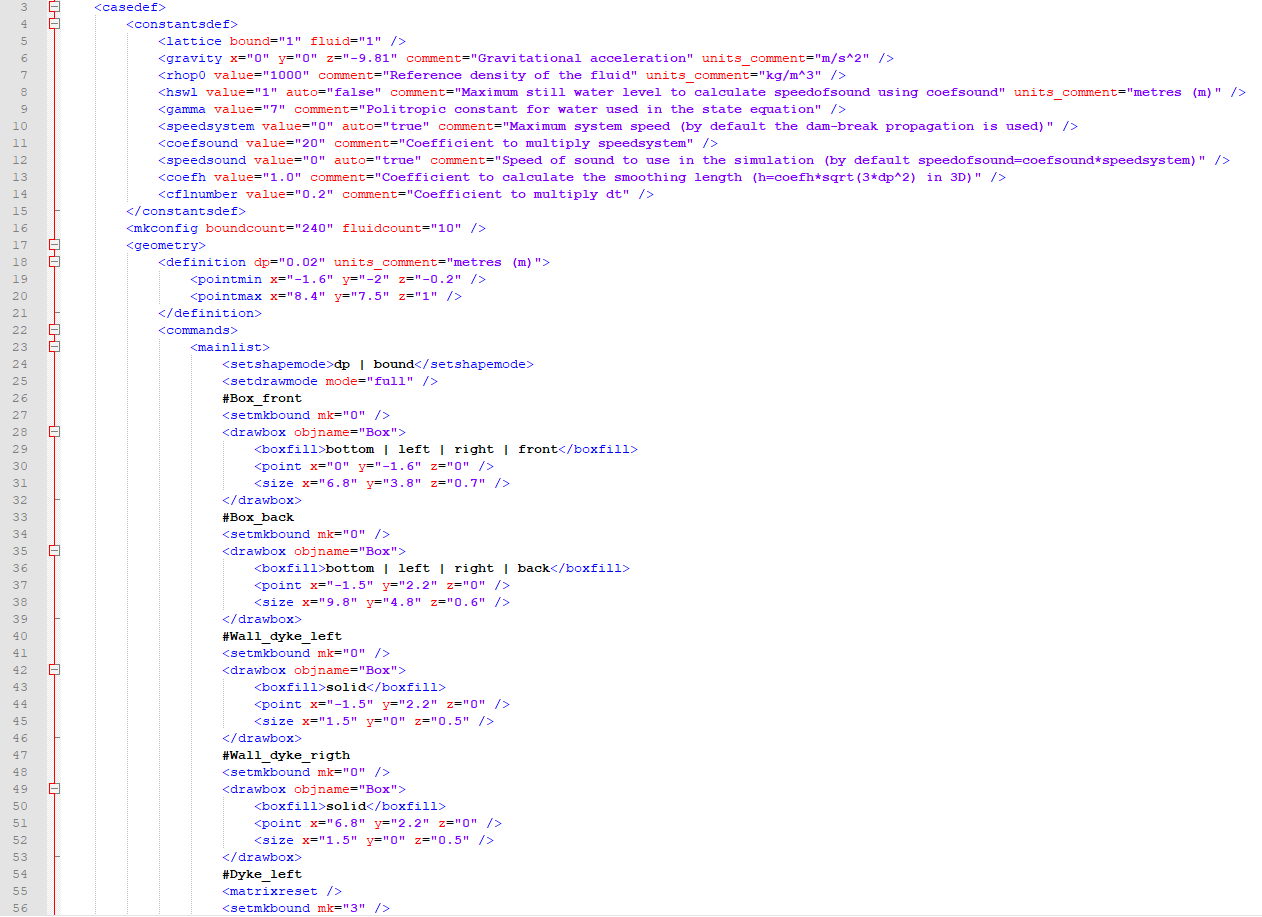 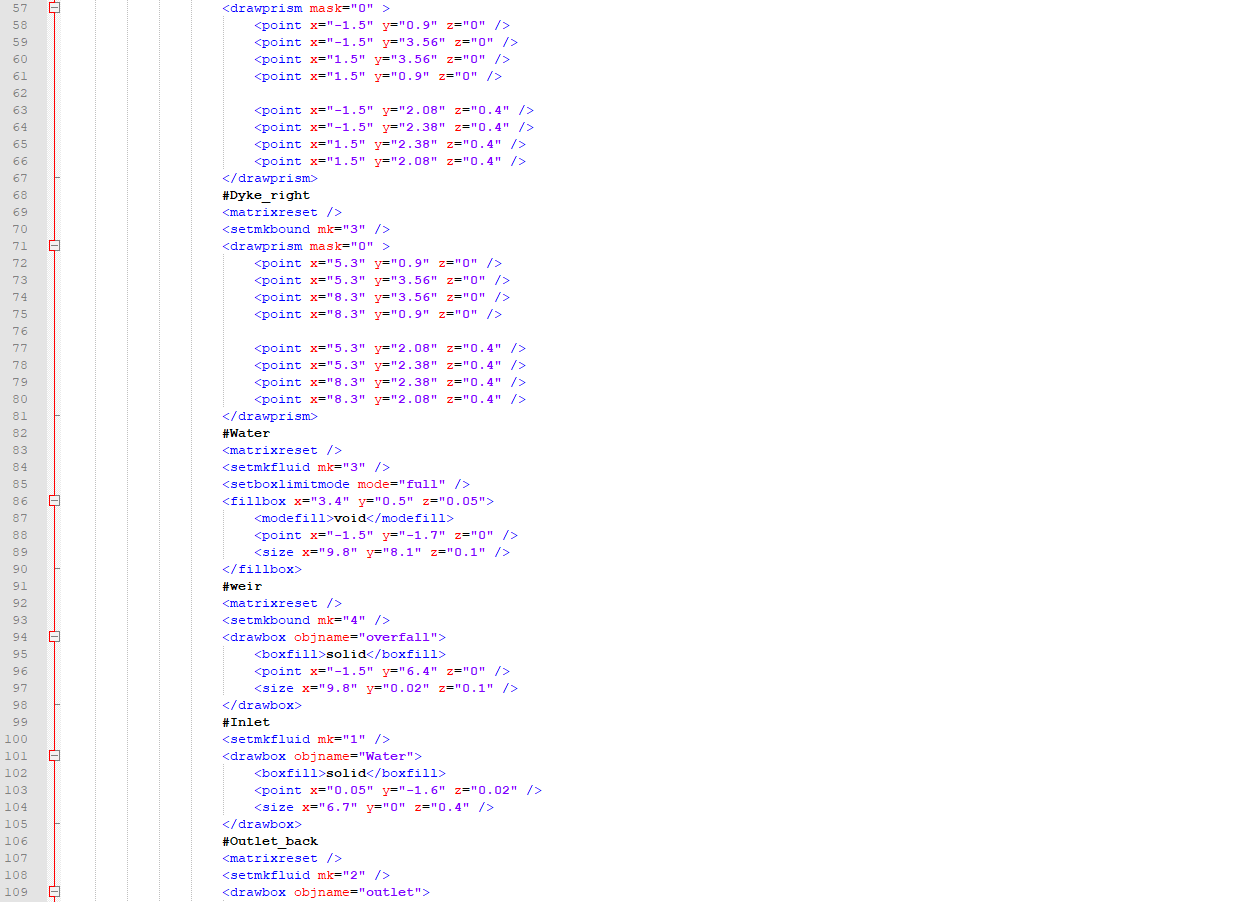 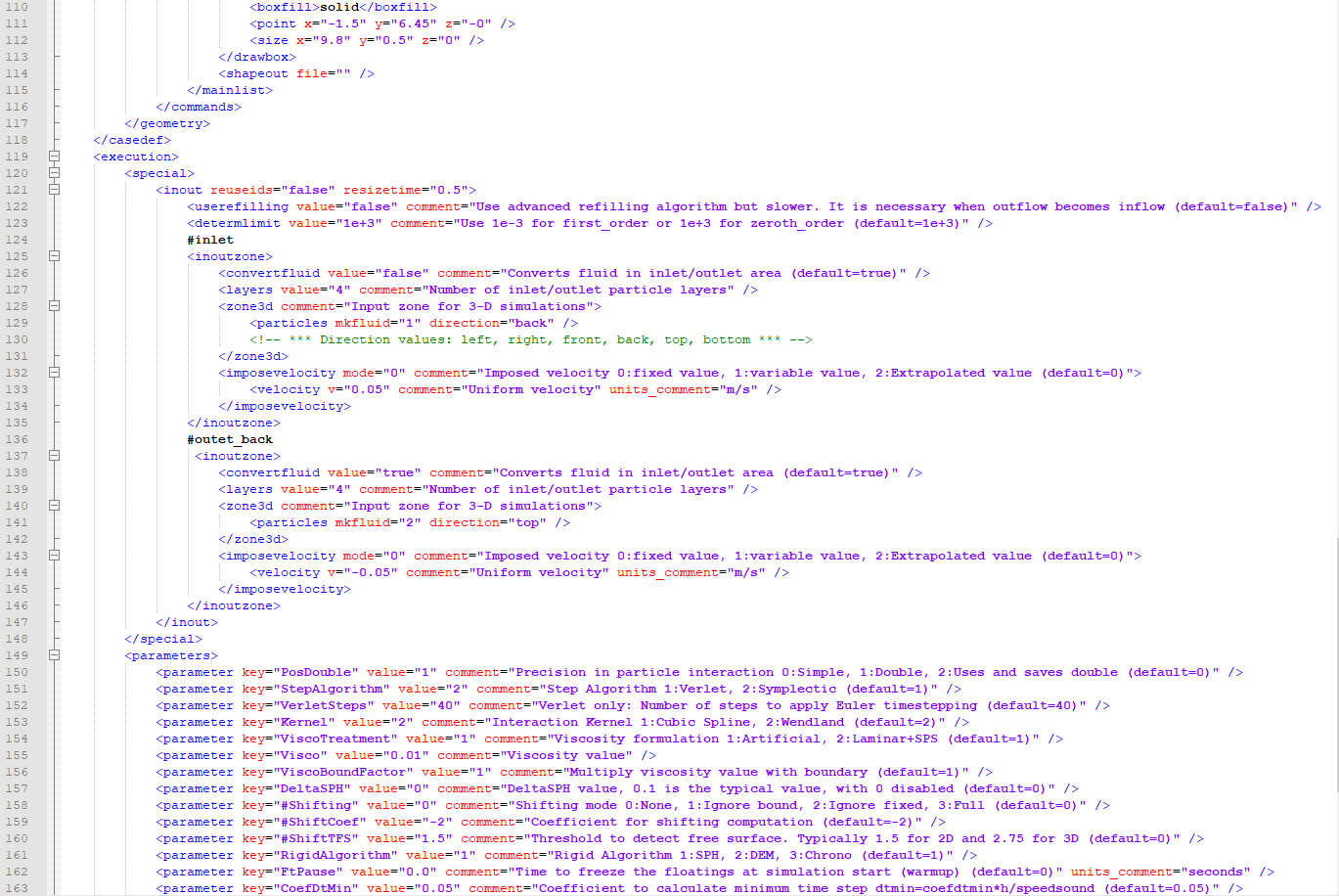 (currently at dp=0.02, because of the computation time)

I would greatly appreciate any ideas on what might be causing this or mistakes in the approach.